Nutrition display in restaurants - Need extra cheese or toppings ? No Thank you!!

October 25, 2018
"In the rule to display nutritional values at eateries, who is the winner - Industry, Regulator or the Consumer?" - Raghu Guda 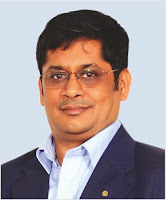 About the Author: Mr. Raghu Guda is a familiar personality in the Indian food & beverage fraternity. His enormous contribution* to food regulator in its infant stage is often being lauded by its leadership. Being a thought leader, consultant and IT architect he had successfully navigated leading FMCG brands in complying with rules & regulations. Mr. Guda is currently residing in USA and is helping business leaders in leading digital transformation. He is open to any productive discussions and can be reached at rggworld@gmail.com.
Follow him on:
Twitter @rggworld
LinkedIn: https://www.linkedin.com/in/rguda
Musings: https://codetochange.wordpress.com/about/
*Supported the regulator in rolling out the FSS Act, conceptualized the IT system FLRS, FICS and FPAS
(All content provided on this blog is for informational purposes only. The owner of this blog makes no representations as to the accuracy or completeness of any information on this site or found by following any link on this site)
Issue 25

Popular posts from this blog